Bernarda: Ya me lo has dicho tres veces y no te he replicado. Bastante menos, mucho menos. No me lo recuerdes más.

Bernarda: That damned will!

La Poncia: What a lot of money was left to Angustias!

La Poncia: And to the others, so much less!

Bernarda: You've said that to me three times now, and I didn't choose to answer you. So much less, a lot less - don't remind me of it again!

Angustias: He was not my father! Mine died some time ago.
Don't you remember him anymore?

Bernarda: You owe more to that man, the father of your sisters, than you do to your own. Thanks to that man, your future is assured.

Angustias: We'll see about that!

Bernarda: If only out of respect. Out of decency!

Bernarda: Go? After you've taken that powder off your face!
Weakling! Hussy! You're the image of your aunts! (Furiously, she removes the powder from Angustias’ face with a handkerchief.) Now get out!

La Poncia: Bernarda, don't be so hard on her!

Bernarda: My mother may have gone mad, but I am in control of myself. I know exactly what I'm doing.

(The other Daughters enter.)

Magdalena: What is going on?

Bernarda: Nothing is going on.

Magdalena (to Angustias): If you're arguing about the inheritance - you' re the richest, you keep it all.

Angustias: Keep your tongue in its place!

Bernarda (rapping the floor with her cane): Don't entertain the illusion that you are going to be a match for me! Until I leave this house feet first, I will make the decisions - my own, and yours!

(There are voices off-stage and Maria Josefa enters, followed by the Maid. Bernarda's mother is a very old woman, decked out with flowers on her head and at her breast.)

Maria Josefa: Bernarda, where is my mantilla? I don't want any of you to have anything of mine. Not my rings nor my black moire dress. Because none of you is going to get married. Not one! Bernarda, give me my pearl necklace!

Bernarda (to the Maid): Why did you let her in?

Maid (trembling): She got away from me! 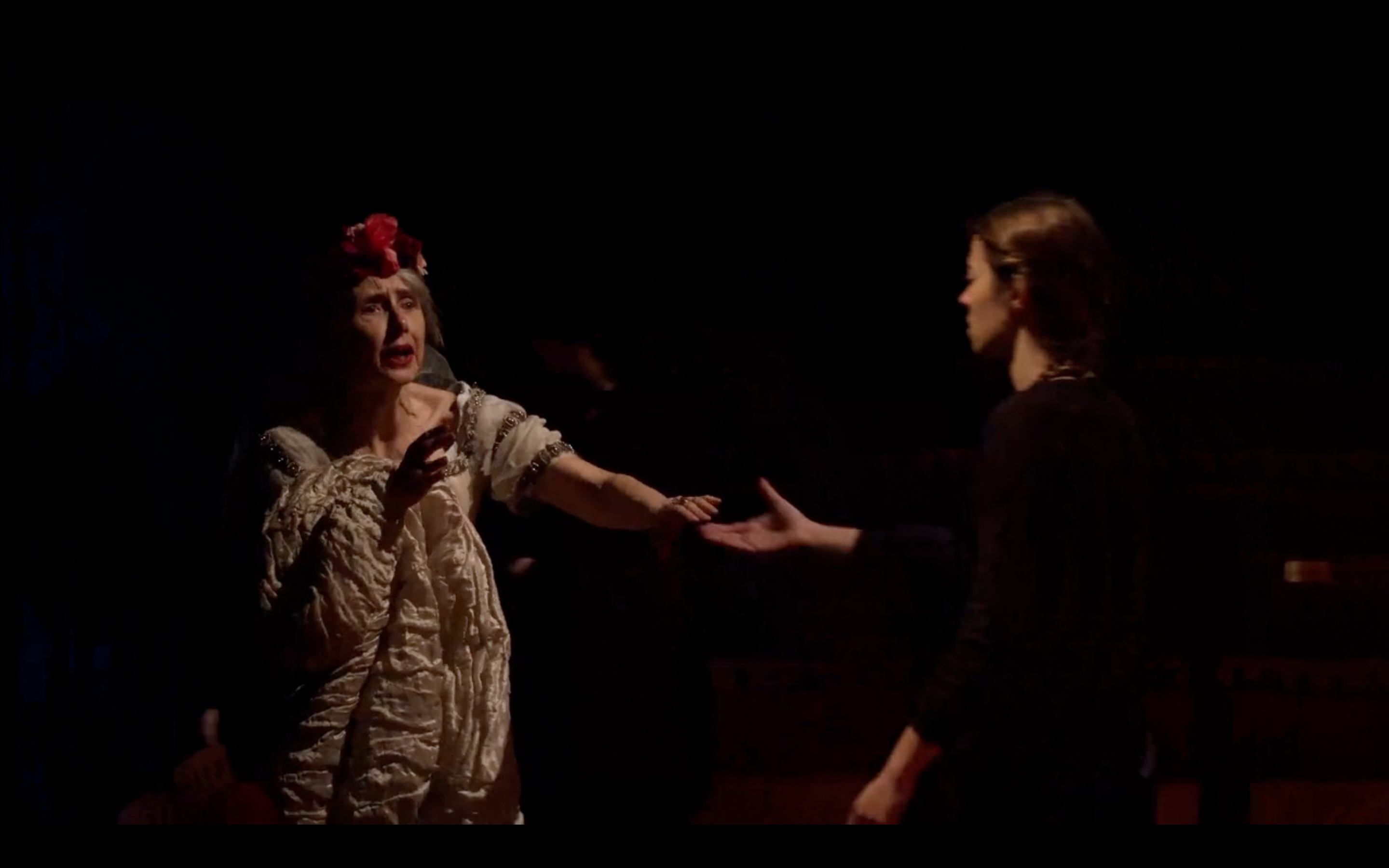 Maria Josefa: No, I won 't be quiet! I don't like to see these old maids, itching to get married, their hearts turning to dust. I want to go back to my own village! Bernarda, I want a man so I can get married and be happy!

Bernarda: Lock her up!

Bernarda: Help her! All of you!

(They all drag the old woman off the stage.) 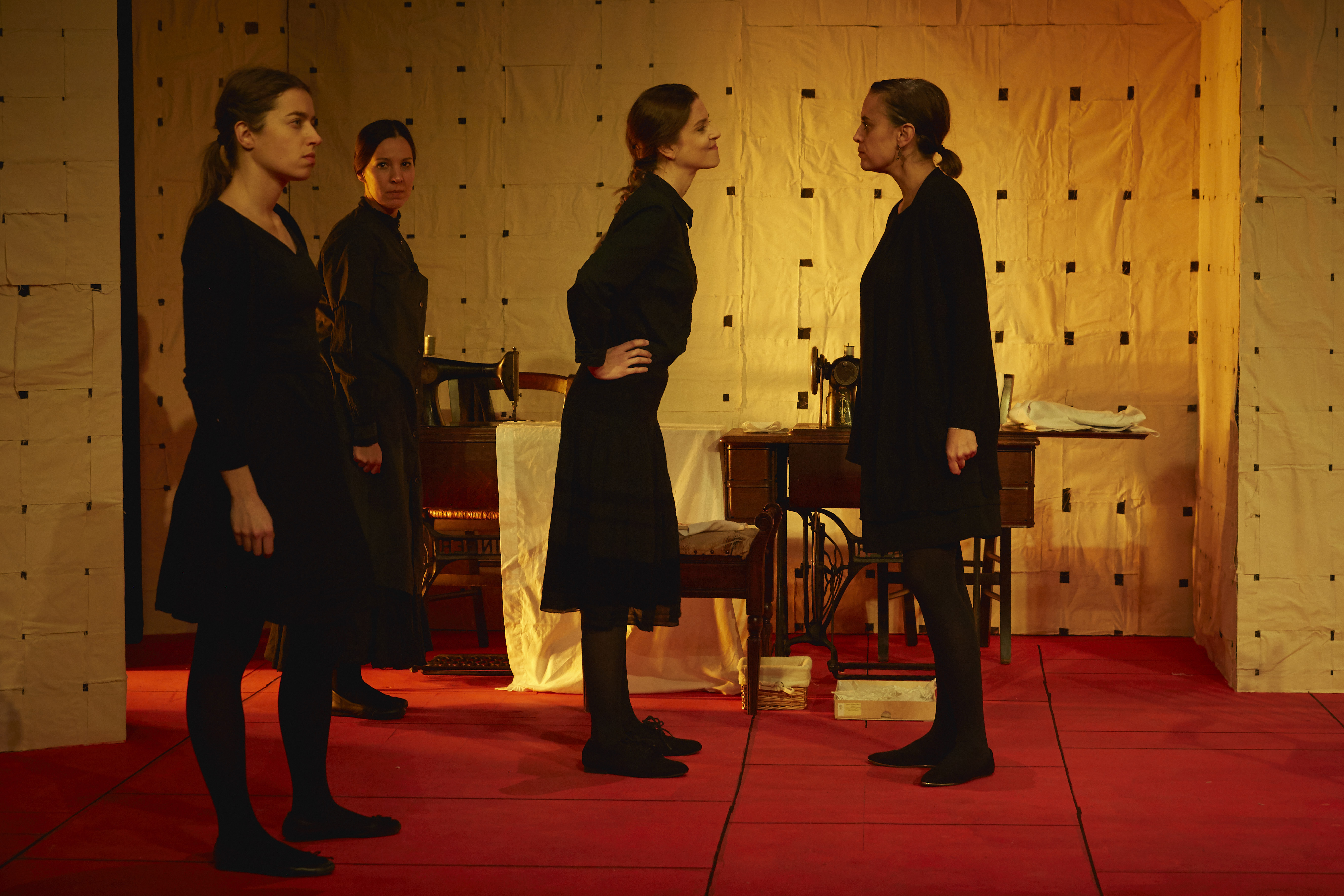