Martirio: Yo me siento lo mismo.

Amelia: Have you taken your medicine?

Martirio: For all the good it's going to do me!

Amelia: But you have taken it.

Martirio: I do things I have no faith in, but I do them like clock-work.

Amelia: You seem livelier since the new doctor arrived.

Martirio: I feel the same.

Amelia: Did you notice? Adelaida wasn't at the funeral.

Martirio: I knew she wouldn't be. Her fiancé won't let her go out, not even to the front door. She used to be full of fun; now she doesn't even powder her face!

Amelia: Nowadays, you don't know whether it's better to get engaged or not.

Martirio: It's all the same.

Amelia: The problem is we are always being criticized - they won't let us enjoy life. Adelaida must have had a terrible time.

Martirio: She's afraid of Mother. She's the only one who knows the true story of her father and how he got his land. Every time she comes here, Mother needles her about it. Her father killed his first wife's husband in Cuba so he could marry her himself. Then, here, he deserted her and ran off with another woman, who had a daughter. And then he had an affair with this girl, Adelaida's mother, and he married her after his second wife went mad and died.

Amelia: That despicable man, why isn't he in prison?

Martirio: Because men cover up for each other, on this kind of thing, and no one dares to make accusations.

Amelia: But Adelaida is not to blame for that.

Martirio: No. But things have a way of repeating themselves. And I see how it all follows a terrible pattern. And she'll suffer the same fate as her mother and her grandmother - the two wives of the man who fathered her.

Amelia: What an awful thing!

Martirio: It's better never to lay eyes on a man. Since I was a child, I've been afraid of them. I used to see them in the corral, yoking the oxen and loading the sacks of wheat, with loud voices and clumsy feet, and I was always afraid of growing up for fear of suddenly finding myself in their clutches. God made me weak and ugly, and set them forever apart from me. 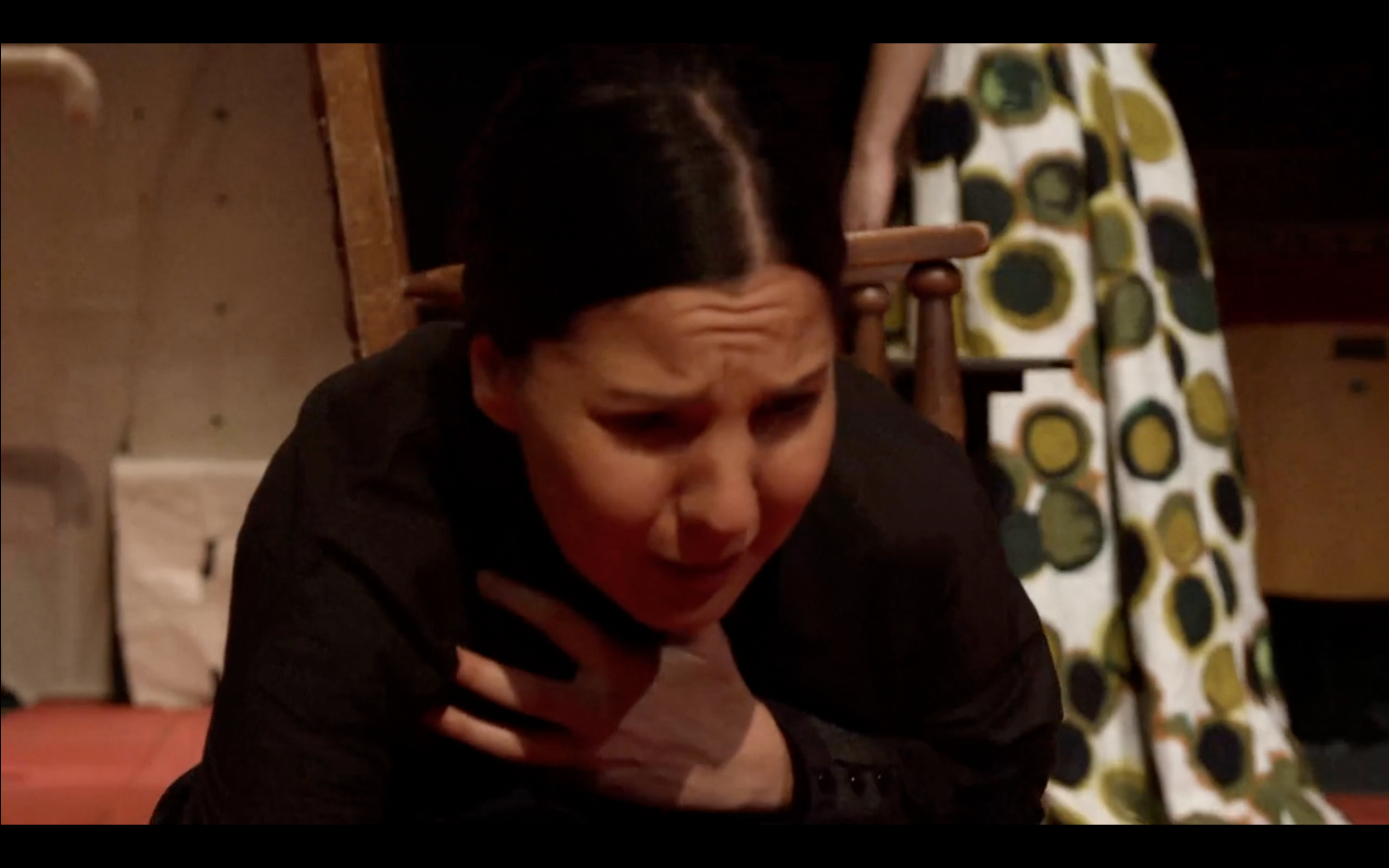 Amelia: Don't say that! Enrique Humans was after you and he used to like you.

Martirio: The things people make up! One time I stood at the window in my nightgown until daylight because his field hand's daughter told me he was going to come, and he didn't. It was all just talk. Then he married someone with more money than me.

Amelia: And ugly as the devil.

Magdalena: What are you doing?

Magdalena: I've been going through the rooms. To walk a little. To see the pictures grandmother embroidered on canvas - the little wool dog, the black man wrestling with the lion - that we liked so much when we were children. Those were happier times! A wedding lasted ten days and wagging tongues were not the fashion. Today there's more finesse, brides wear white veils like in the big cities, and we drink bottled wine. But inside we rot away over what people will say.

Martirio:  God knows what went on then!

Amelia (to Magdalena): One of your shoelaces is untied.

Magdalena: What difference does it make!

Amelia: You'll step on it and you'll fall.

Magdalena:  Ah! She put on the green dress she made to wear on her birthday, she went out to the corral and began to shout, 'Chickens! Chickens, look at me!' I had to laugh.

Amelia: If Mother had seen her!

Magdalena: Poor little thing! She's the youngest of us, and she has dreams. I would give anything to see her happy. 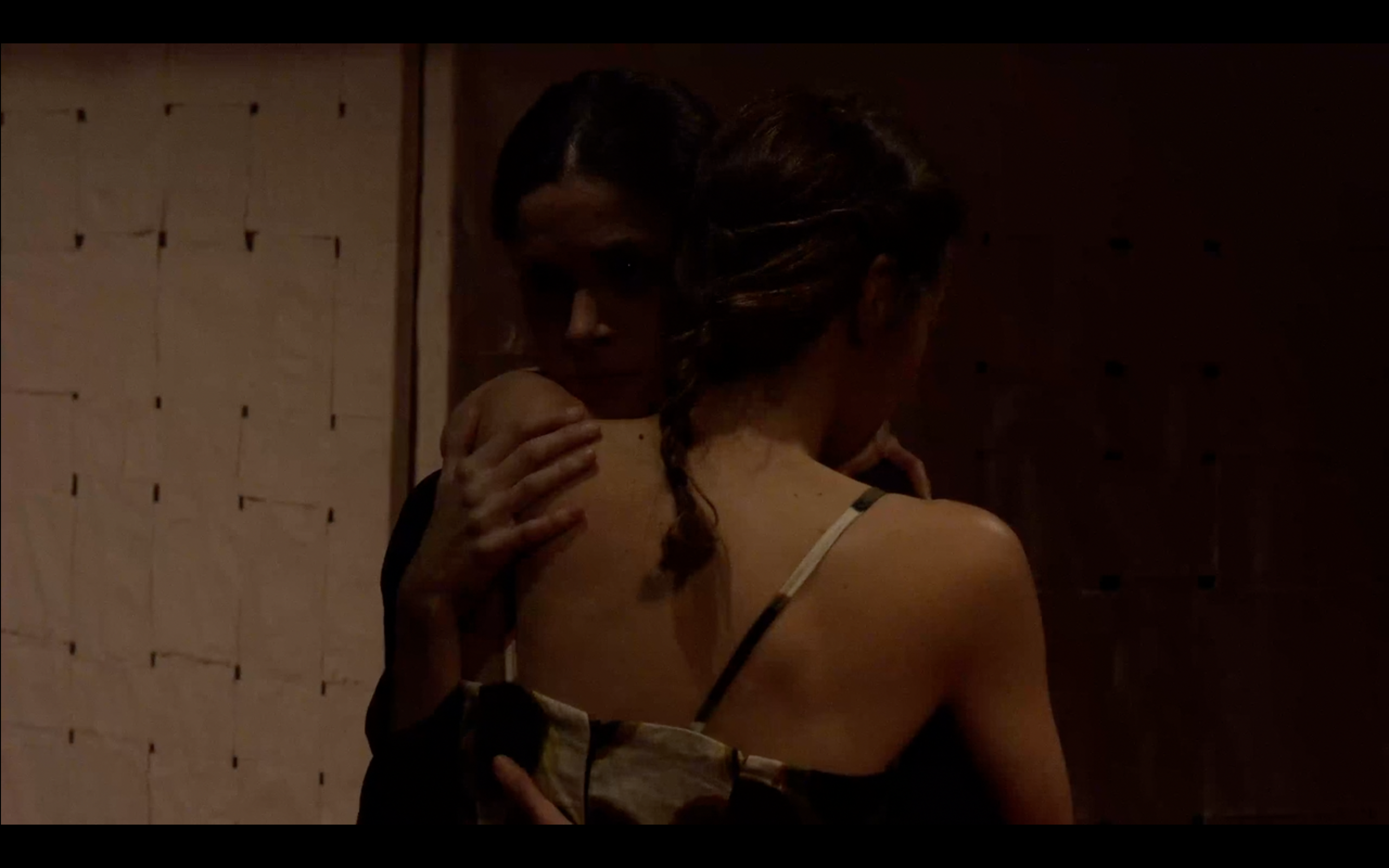 (There is a pause. Angustias crosses the stage carrying some towels.)

Angustias: What time is it?

Magdalena: It must be twelve by now.

Amelia: It's just about to strike.

Magdalena (knowingly): Do you know about it yet? (Indicating Angustias)

Martirio: I don't know what you're referring to.

Magdalena You two know more about it than I do. You always have your heads together like two little sheep, but you never confide in anyone else. About Pepe el Romano.

Magdalena (mimicking her): Ah! They are already talking about it in town. Pepe el Romano wants to marry Angustias. He was circling the house last night, and I think he'll send someone to ask for her hand soon.

Amelia: Me, too. Angustias has good qualities.

Magdalena: Neither one of you is glad!

Magdalena: If he wanted Angustias for herself, Angustias as a woman, I would be glad. But he wants her money. Even though Angustias is our sister, in this family we know she's old, in poor health, and has always had the least to offer of any of us. After all, if she looked like a scarecrow when she was twenty, what can she look like now that she's forty?

Martirio: Don't talk that way. Luck comes to the one who least expects it.

Amelia: After all, she is telling the truth! Angustias has all her father's money. She is the only rich one in the house. That's why now that our father is dead, and the estate is being settled, they're coming after her.

Magdalena: Pepe el Romano is twenty-five years old, and the best-looking man around. It would be natural for him to be interested in you, Amelia, or in our Adela, who is twenty years old, but not to come looking for the gloomiest person in this house - a woman who talks through her nose, like her father did!

Martirio: Maybe he likes that!

Magdalena: I never could stand your hypocrisy!

Amelia: If Mother sees you, she'll drag you out by the hair.

Magdalena: Have the chickens seen you yet?

Adela: And what would you like me to do?
I had such dreams about this dress. I planned to wear it the day we were going out to eat watermelons down by the waterwheel. There wouldn't have been another like it!

Martirio: It's a lovely dress.

Adela: And it suits me very well. It's the best one Magdalena has ever made.

Magdalena: What did the chickens say?

Amelia: ¿No lo has oído decir?

Adela: They made me a gift of a few fleas that bit my legs.
(They laugh.)

Martirio: What you could do is dye it black.

Magdalena: The best thing she could do is present it to Angustias to wear when she marries Pepe el Romano.

Adela: But that's not possible!

Adela: Is that why she went out after the funeral and was looking through the door? (She pauses.) And that man has the nerve to . . .

Magdalena: He has the nerve to do anything.

Martirio: What are you thinking, Adela?

Adela: I'm thinking that this period of mourning has caught me at the worst possible time.

Magdalena: You'll soon get used to it.

Adela (bursting into angry tears): I will not get used to it! I can't be locked up! I don't want my body to dry up like yours! I don't want to waste away and grow old in these rooms. Tomorrow I'll put on my green dress and go walking down the street. I want to get out! 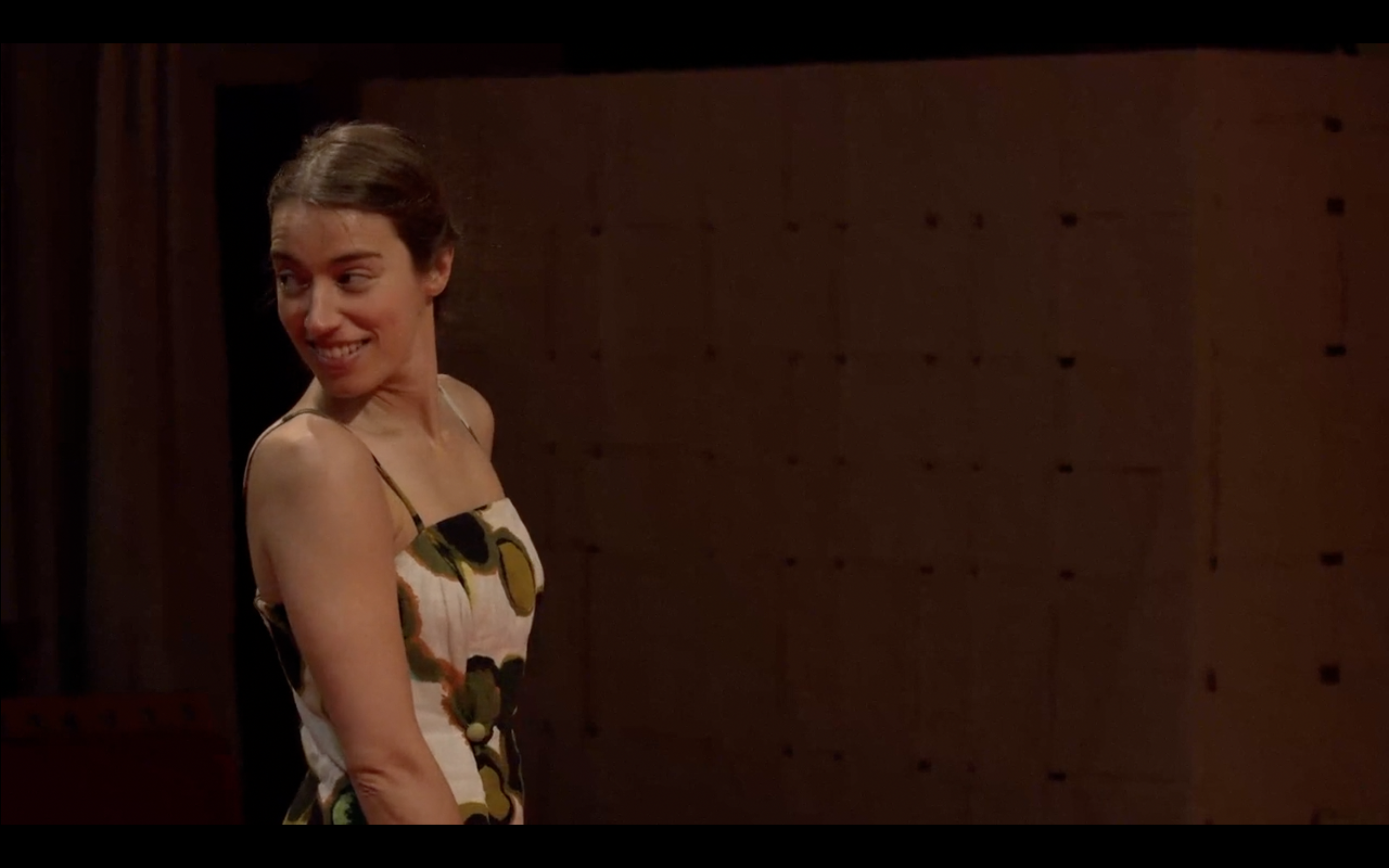 Amelia:  What goes for one, goes for all!

Magdalena: The Maid almost heard you.

Maid: Pepe el Romano is coming down the street.

Maid (to Adela): You're not going?

Maid: Since he'll be coming around the corner, you can see him better from the window in your room.

(The Maid exits. Adela hesitates for a moment, then she, too, rushes off towards her room. Bernarda and Poncia enter.)

Bernarda: That damned will!

La Poncia: What a lot of money was left to Angustias!